Cryptojacking: New Security Threat That Is Here To Stay

Cryptojacking: New Security Threat That Is Here To Stay

At the beginning of 2017, 1 bitcoin was valued just under $1,000;  at the end of the year at $14,500. That represents more than 1000% rise. The rapid growth of cryptocurrency in 2017, such as bitcoin, did not go unnoticed. This phenomenon also prompted cybercriminals to target it and made these attacks more common. Ever wonder what cryptomining or cryptojacking mean? 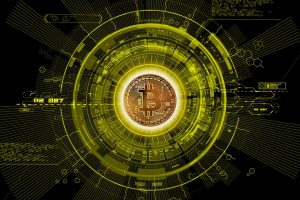 Cryptocurrency is a digital currency based on encryption techniques used to secure transactions. The most known and original virtual money is Bitcoin. Because it has no central authority or oversight and can be used for purchases anonymously, criminals can use it as well. For example, last year victims of ransomware WannaCry had to make payments in bitcoin if they wanted to retrieve their data.

Attackers can target the cryptocurrency through mobile malware, apps, or wallet hacking by using mining scripts, or mining bots spread through social media. Participants in cryptomining are called miners. They use special software to solve an extremely difficult cryptographic puzzle. When hackers or website hosts hijack people’s computers in order to “mine” cryptocurrency, it’s called cryptojacking. Some consider this the next big cybersecurity threat.

Cryptomining uses multiple computers, some only for a few seconds and mostly without owner’s knowledge, to increase the odds of solving the puzzle. That means the more computers attackers use, the better chance they have to mine it. Consequently, mining requires high electricity consumption in order to secure the cryptocurrency.

With the rise of new threats in 2017, such as ransomware Petya or WannaCry, new fileless cryptocurrency miner malware was able to spread using known vulnerabilities. These are very difficult to analyze and detect. Trend Micro noted in its 2017 Annual Security Report that “crypto-currency mining attempts was the top event type blocked by Trend Micro’s smart protection network security infrastructure in 2017, blocking 45.6 million events”.

Last fall, a hacker placed a code to CBS’s Showtime’s websites in order to steal computer power from online visitors. Consequently, they helped him mine cryptocurrencies without knowing it. This moneymaking practice is more common than you would expect. Many times website fail to disclose the tools’ use, according to Maya Horowitz, threat intelligence manager at Check Point, an Israeli cybersecurity firm.

Overall, investing in cryptocurrency, such as Bitcoin, might be a good choice with its rising value. However, some warn that the bitcoin cryptocurrency bubble could burst in 2018. Other alternatives to Bitcoin cryptocurrencies include Ethereum, Litecoin, Ripple, IOTA, Dash, and many others. They have different blockchains and target users. Many countries have already issued their own cryptocurrencies or are currently developing them, such as Venezuela, Tunisia, Sweden, Russia, China, Ecuador, Senegal, and Japan.