Security Clearance Process At a Glance

Security Clearance Process At a Glance

What is the Process of obtaining a security clearance? 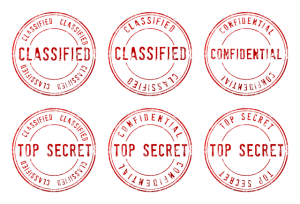 Purpose of The Security Clearance

The  purpose of a security clearance is to evaluate person’s character, loyalty, trustworthiness, reputation, and overall fitness to work for federal government before granting access to classified information. These background investigations costs billion of dollars annually. In 2012 alone, the Department of Defense paid the Office of Personnel Management (OPM) for background investigation $753 million, $252 million for contractors.

One of the biggest issues are delays in federal background investigations. With a 50 year- old security background framework, the NBIB is unable to keep up with high demand. These prolonged waits for receiving security clearances are costing the government a lot of money. Currently there are more than 700,000 applicants, employees and contractors still waiting, creating a huge backlog. This further creates problems filling positions with qualified employees with an applicable level of required clearance.

However, making this process faster, this could “potentially compromise the security of programs for which clearances were granted in the first place”. Overall, it is not likely the structure of the security clearance process will principally change in the near future. Reorganizing the whole bureaucratic system is a tremendous challenge if a successful and fast clearance process is to be achieved.

For more information on Security Clearances check out our series where our experts cover the in’s and outs of obtaining and working with security clearances.