Race and gender play a significant role in the job market. Unfortunately, minorities and women are underrepresented in most STEM careers. Only 25% in this workforce is made up of women. Women are also less likely to graduate in these disciplines. In order to close this gap, President Donald Trump has signed two bills supporting women in the science, technology, engineering and math fields. Both H.R. 321 and H.R. 255 are designed to support women’s participation in STEM education and encourage them to pursue careers in these disciplines. 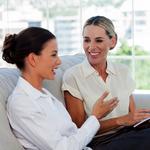 Gender diversity in the STEM field

Even though half of the graduates in the US are women, the greatest disparity is visible in engineering, computer science, and the physical sciences. For example, women graduates represent only 29% in science, 25% in mathematical sciences, 22% in environmental science, 15% in engineering,17% in chemical engineering, or 11% in electrical or computer hardware engineering. Additionally, only 1 in 10 of employed scientists or engineers are minority women. Especially low representation is found in Hispanic, African American, and American Indian women. It ranges from 3% of African American women in computer science to just a small fraction by American Indian women in each field.

The majority of the workforce (70%), especially in science and engineering, is comprised of white workers. However, not all STEM jobs are dominated by men. Some fields have a higher percentage of women, including accountants and auditors (60% women), clinical laboratory technologists (78% women), or registered nurses (91% women).

The first bill, the Inspiring the Next Space Pioneers and Innovators and Explorers Act (INSPIRE), directs the National Aeronautics and Space Administration (NASA) to encourage women to pursue careers in STEM fields. It also aims to promote careers in aerospace for women. It was sponsored by congresswoman Barbara Comstock (R-VA) and became public law on February 28, 2017.

NASA will support these initiatives in order to “advance the nation’s space science and exploration efforts” through these three programs:

The second bill, Promoting Women in Entrepreneurship Act, amends the Science and Engineering Equal Opportunities Act. It was introduced by Rep. Elizabeth Esty (D-Conn.). According to her, women still face barriers to entrepreneurship. Only about 30 % of private businesses are owned by women. Passing this bipartisan bill will permit the National Science Foundation to “encourage its entrepreneurial programs to recruit and support women to extend their focus beyond the laboratory and into the commercial world.” Overall, this bill will help advance National Science Foundations’s scientific research recruitment efforts.